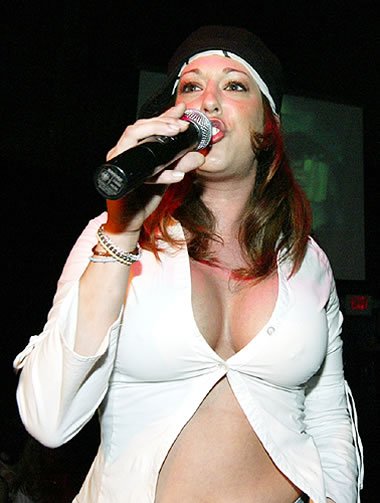 In 1996, Rockell released her debut single, “I Fell In Love”. In the late 1990s, she had major dance hits with the songs “In a Dream”, “When I’m Gone” and “Can’t We Try” (a duet with Collage and remake of the Dan Hill and Vonda Shepard 1987 hit song). All of these tracks appeared on her 1998 debut album entitled What Are You Lookin’ At?. “I Fell In Love”, distributed by the then BMG Canada, reached #1 on the Canadian Singles Chart while the follow-up classic inspired by DJ UpperCutz, “In a Dream” reached #6. She released a second album, Instant Pleasure, in 2000. Instant Pleasure included the single “What U Did 2 Me” which reached #101 on the Billboard Hot 100 chart in 2001. She released a music video for the single. Remixes of “What U Did 2 Me” were released including the popular JP’s Radio Mix.

In 2005, she returned with “L.O.V.E”, produced by DJ Mickey Bono of the Beat Thrillerz. A limited independent release had a trance remix by Lenny “Linus” Douglas and freestyle remixes by Russ Castella and Randy Taylor-Weber, the original writer/producer of “In a Dream”.

In spring 2007, Rockell recorded the single “Playin’ My Love”. It was released to Dance/Rhythmic format radio in July 2007. A freestyle remix by Salsation 3 was released in November 2007. A nationwide tour with several dance artists including Joe Zangie was announced as well. In November of that same year, she released a dance single with Canada’s Odeon Records, “You Keep Me Hangin’ On”, a remake of the Supremes original.

On June 3, 2009, Rockell released the duet single “When I Want You Back” with Joe Zangie. Later in June, she released a dance cover of Donna Summer’s “On the Radio”.

In 2012, Rockell signed a new management deal with BlackCole Entertainment. On December 11 of that year, she released her single “Turn Up the Heat” which had a new sound of freestyle and dance-pop from her previous works. The track contains a rap and usage of high vocals.