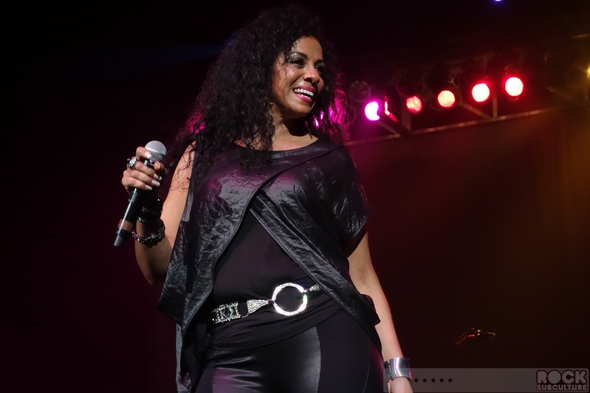 Trinere is an American singer, songwriter and recording artist who had several major dance hits in the 1980s and early ’90s and who was very influential in the freestyle music genre. Today these songs are considered classics of the freestyle genre. Trinere continues to perform live and numerous concerts throughout California, NY, FL, Brazil and many other venues. Her popularity is still going strong and has gained fans of younger generations. She is making an effort at crossing over to Jazz music in order to showcase her versatility and range.

Trinere recorded with several record companies, mostly out of Miami, Florida, known for its output of popular freestyle music. Trinere’s music was mostly produced by popular Miami DJ, “Pretty Tony” Butler. Many consider her the “Queen of Freestyle”.[citation needed] Her most notable chart successes were her album Forever Yours (Pandisc, 1991), which reached the Top 40 on Billboard’s Hot Black Albums chart for several weeks, and her single “I’ll Be All You Ever Need”, which raced up the Hot Dance Singles and Hot Club Play charts in the summer of 1986.

A Miami native, she always wanted to sing professionally since the age of five. After graduating from high school, Trinere went on to study music at the University of Miami, Florida.

Trinere was influenced and inspired by singers such as Donna Summer, Natalie Cole, Phillis Hyman, Madonna, Janet Jackson and Teena Marie. During college, Trinere was the lead vocalist for a popular band in Coconut Grove, Florida, called Euphoria. Upon finishing her studies at the University of Miami, Trinere spent some time working with the music artist Rick James and his group the Mary Jane Girls.

Her first release was the single “I Know You Love Me” in 1984; this was re-released two years later. The following year, Trinere released the popular songs “All Night” and “Can’t Get Enough”, followed by “How Can We Be Wrong”. A remix for “All Night” was also released.

Trinere began to tour extensively, selling millions of records around the world, and having a number of dance chart hits.

Music Specialists/Jam Packed Records of Miami released her self-titled debut album in 1986. The album contained not only the previous hits she had already released but also several other tracks which would become classic freestyle anthems, “They’re Playing Our Song” and “I’ll Be All You Ever Need”. All of them still receive radio airplay to this day.

Pandisc Records released two more of Trinere’s singles, including “Can’t Stop The Beat”, which was her biggest hit for Pandisc.

Trinere and Pretty Tony had a son, Brandon C. Butler. In 1996, the last single that Trinere would release would be “When I Hear Music”, a remix of another Pretty Tony production with Debbie Deb.