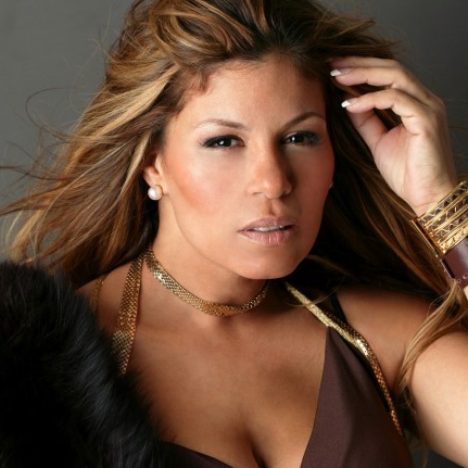 Brenda K. Starr is an American singer and songwriter. She is well known originally in R&B, dance and pop but now mostly in salsa-based music. She is also well known for her 1980s work with freestyle music.

In the early 1980s, through a chance meeting with Harry Belafonte, Starr landed a role in his 1984 hip hop film, Beat Street; she appeared in it, as herself, as a singer at an open-microphone audition. Starr’s appearance in the movie garnered attention, leading to a recording contract on Mirage Records, through Arthur Baker, who enlisted the help of two production teams (Lotti Golden and Richard Scher, and Carl Sturken and Evan Rogers) to complete Starr’s debut album, I Want Your Love. The lead single, “Pickin’ Up Pieces”, written by Arthur Baker and Lotti Golden, was a local club sensation and national hit, peaking at No. 9 on the Billboard Hot Dance Club Play Charts and on the Maxi Singles Chart. “Pickin’ Up Pieces” also cracked the R&B Hip Hop Billboard Charts. By the late 1980s Brenda was the undisputed queen of freestyle and house music.

Two of Starr’s songs have been included on motion-picture soundtracks; “Sweet Surrender” was included in the soundtrack for the 1988 teen film License to Drive, starring Corey Haim, and “Sata” was on the soundtrack for the 1990 film Lambada. During the late 1980s, Mariah Carey sang background vocals for Starr, and Starr helped Carey secure a recording contract by giving a demo tape of hers to Columbia Records executive Tommy Mottola at a party. But by 1991, Carey had become Sony/Columbia’s star attraction, which caused Starr’s career to shrink in terms of commercial success. After being dropped from Sony/Columbia Records for lackluster sales of her third album, By Heart, Starr worked odd jobs to support herself and her family for several years, including one at a shopping mall in New Jersey.

Starr learned Spanish to help rejuvenate her career, successfully reinventing herself as a salsa/tropical and Latin pop artist. After the release of her cover of “Herida” (from the Chilean singer Myriam Hernández), which peaked at No. 16 on the Latin Pop Airplay and at No. 1 on the Latin Tropical/Salsa Airplay chart, she was on top again. Starr continued her success with a string of popular albums and chart hits.

Brenda was also a disc jockey at MIX 102.7, WNEW-FM, where she presented a request program titled Under the Stars from 9 p.m. to midnight on Sunday nights before the station changed formats. This is believed to have helped her music career, as sales of tickets to her concerts became stronger after the program debuted—and was canceled—than they had been before it premiered. The lead single from her seventh album, Atrevete a Olvidarme, titled “Tu Eres,” earned her a nomination from the Billboard Latin Music Awards in 2006.