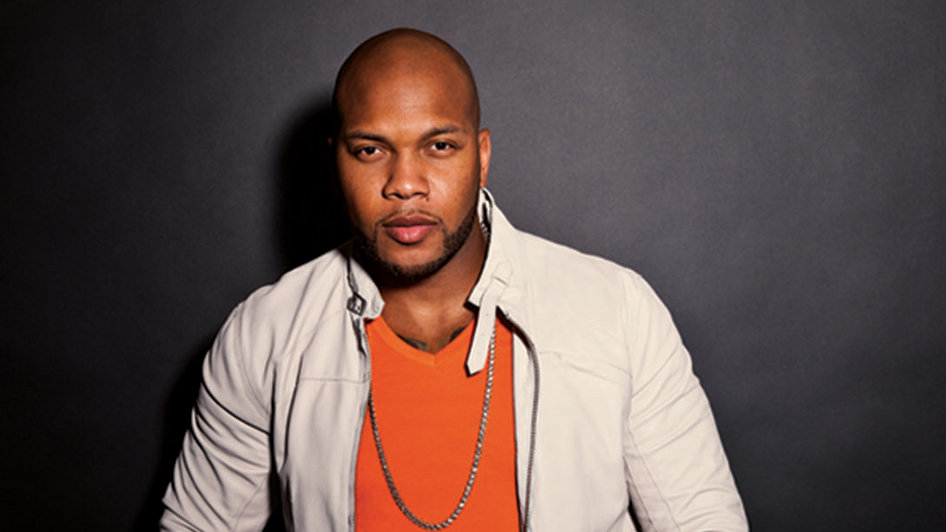 Flo Rida is an American rapper, singer and composer from Carol City, Florida. His 2008 breakout single “Low” was number one for 10 weeks in the United States and broke the record for digital download sales at the time of its release.

Flo Rida’s debut studio album, 2008’s Mail on Sunday, reached number four in the US. The album was succeeded by R.O.O.T.S., the next year. His subsequent albums, 2010’s Only One Flo (Part 1) and 2012’s Wild Ones, also charted on the US Billboard 200 chart. Flo Rida has sold over 80 million records worldwide, making him one of the best-selling music artists. His catalog includes the international hit singles “Right Round”, “Club Can’t Handle Me”, “Good Feeling”, “Wild Ones”, “Whistle”, “I Cry”, “G.D.F.R.”, and “My House”.

His brother-in-law was a hype man for local rap group 2 Live Crew, and while in ninth grade, Flo Rida joined an amateur rap group called the GroundHoggz. The GroundHoggz had been a three-man group, with members who lived in the same apartment complex as Flo Rida. They started recording at underground studios in Carver Ranches. The GroundHoggz, in this four-man incarnation, remained together for eight years.

Flo Rida’s work with 2 Live Crew member Fresh Kid Ice, attracted the attention of DeVante Swing, a member of the band Jodeci. However, he was rejected by several of the major labels, so he sought many other jobs outside of music. After graduating from high school in 1998, he studied international business management at the University of Nevada, Las Vegas for two months and attended Barry University for two months. He returned to Florida to continue pursuing his music career after receiving a phone call from a representative of the independent label Poe Boy Entertainment.

Flo Rida signed with Hot Boyz, in 2000 and with Poe Boy, in 2004 and began affiliating himself for Cash Money with other Southern hip hop artists, such as Rick Ross, Trina, T-Pain, and Trick Daddy. A promotional single entitled “Birthday”, featuring Rick Ross, was his first significant release. He made his debut guest appearance with the song “Bitch I’m From Dade County” on DJ Khaled’s album We the Best (2007), which also features Trick Daddy, Trina, Rick Ross, Brisco, C-Ride, and Dre.