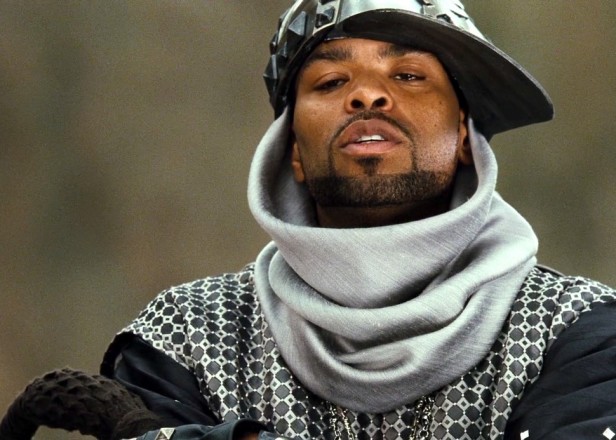 Method Man, is an American rapper, record producer, and actor. He is known as a member of the East Coast hip hop collective Wu-Tang Clan. He is also one half of the hip hop duo Method Man & Redman. He took his stage name from the 1979 film Method Man.[citation needed] In 1996, he won a Grammy Award for Best Rap Performance by a Duo or Group, for “I’ll Be There for You/You’re All I Need to Get By”, with American R&B singer-songwriter Mary J. Blige.

In 2012, The Source placed him on their list of the Top 50 Lyricists of All Time.

As Wu-Tang Clan ascended to hip hop stardom, Method Man was always one of the most visible members of the collective. He was one of only two members to get a solo song on the group’s debut album Enter the Wu-Tang: 36 Chambers and he was the first to release a solo album under the Clan’s unusual contract which allowed its members to release albums under any record label. Method Man chose to sign with rap label Def Jam Recordings, although Elektra Records A&R man Dante Ross initially wanted to sign him around the same time Ross signed fellow group member Ol’ Dirty Bastard. Method Man’s solo debut, Tical (1994), was critically acclaimed and well received, entering the American charts at #4 and eventually selling in excess of one million copies. That album featured the hit single “All I Need”, later remixed featuring Mary J. Blige, which won a Grammy (“I’ll Be There for You/You’re All I Need”). During this time Method Man also became close friends with fellow New York City-based rapper The Notorious B.I.G., and was the only guest rapper featured on his debut album Ready to Die. He was also featured on Spice 1’s album AmeriKKKa’s Nightmare on the track “Hard 2 Kill”. In 1995, he was also featured on “Got the Flava” off Showbiz and A.G.’s album Goodfellas. In 1996, Method Man appeared on Tupac Shakur’s album All Eyez on Me, on the song “Got My Mind Made Up” alongside his rhyme partner Redman, the Dogg Pound (Daz and Kurupt) and Inspectah Deck, whose verse did not make the released album version (although his nickname “Rebel INS” can be heard as the song fades). He was also featured on Redman’s 1996 album Muddy Waters on the track “Do What Ya feel”.

On June 3, 1997, the Wu-Tang Clan released their Grammy-nominated multiplatinum double CD Wu-Tang Forever, the long-awaited follow up to 36 Chambers. The album has sold over 8.3 million copies to date worldwide.

His second solo album was Tical 2000: Judgement Day, released in 1998, which was heavily influenced by the apocalypse theories surrounding the forthcoming end of the millennium, and which featured myriad guest appearances from his fellow Wu-Tang MCs. The album was certified double platinum. Other guest appearances include Lisa “Left Eye” Lopes, D’Angelo, Chris Rock, Mobb Deep, Redman, and brief cameos from Russell Simmons, Bishop Don “Magic” Juan, Janet Jackson, and Donald Trump. The album sold better than his first fueled by the party track “Judgment Day” and the D’Angelo collaboration “Break Ups 2 Make Ups”, earning Platinum and Gold certifications in the U.S. and Canada respectively. Reviews for the album were mixed and its long runtime and abundance of intermittent comedy skits were widely criticized. Producers on this album included True Master, 4th Disciple and the RZA.

The Wu-Tang Clan released The W on November 21, 2000, and Iron Flag on December 18, 2001. The W received both critical and commercial success for the group, while Iron Flag did receive some but not to the effect of The W. The efforts earned two more platinum plaques for the Wu-Tang Clan.

In 2004, Meth released his third solo album Tical 0: The Prequel, which featured the hit party single “What’s Happenin'” with Busta Rhymes. Hip hop critics voiced their displeasure with the album, many agreeing that Tical 0 felt like generic party rap and featured too many mainstream guests, detracting from his own performances. Regardless, this album sold reasonably well and was certified gold record by the RIAA relatively quickly, but would not see the platinum success of his previous solo releases. There was trouble even before the album’s release when Method apparently complained to the press about excessive interference from Def Jam over the album’s beats (Meth supposedly desired more input from Wu-Tang leader RZA). On its release, many fans and critics were taken aback by its strong “mainstream” or “commercial” sound, highlighted by the guest appearances of pop-rap stars like Missy Elliott and P. Diddy, two artists that are involved with much different facets of rap music.

Method Man’s fourth album, entitled 4:21: The Day After was released in August 2006 with a star lineup of producers featuring Havoc, Erick Sermon, Scott Storch, Allah Mathematics, Mr. Porter, and, most importantly to Meth, RZA. This time around, a more focused Method Man went back to his hip hop roots and both hip hop fans and the media took notice.