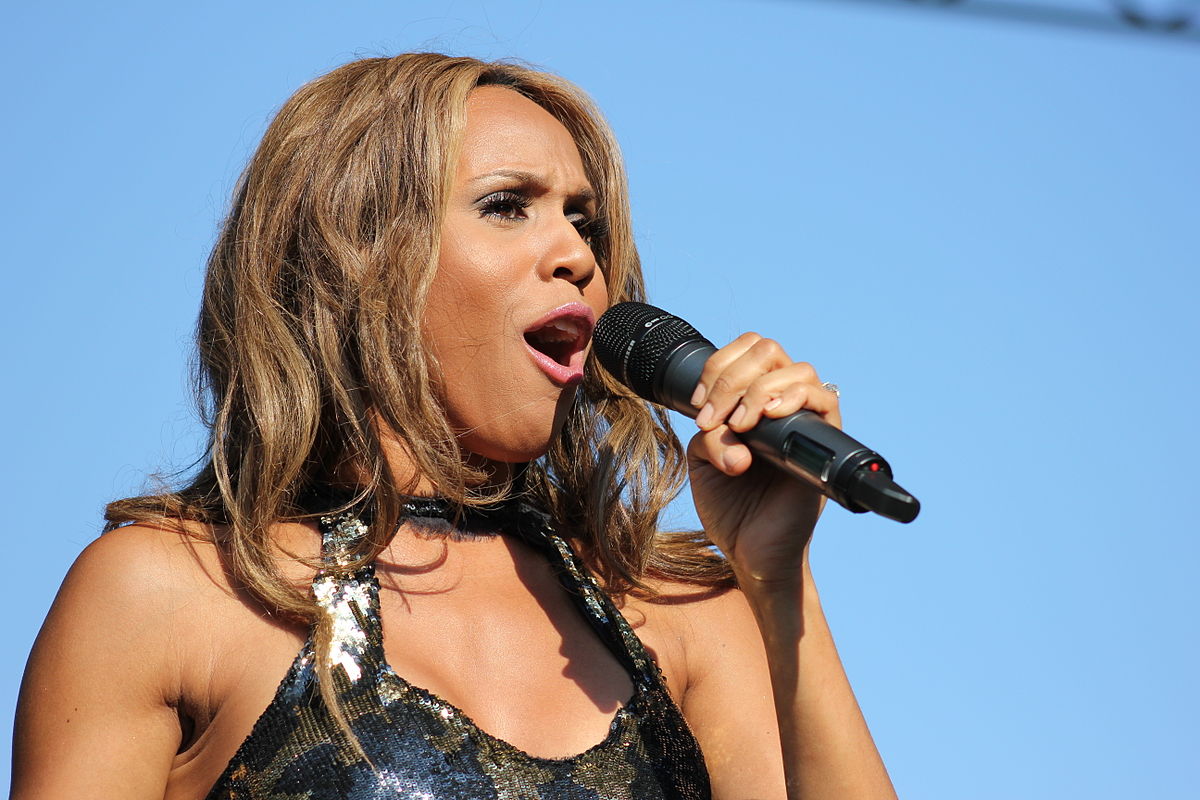 Deborah Cox is a Canadian R&B singer-songwriter and actress. Her 1998 song “Nobody’s Supposed to Be Here” held the record for longest-running number one single on Billboard’s Hot R&B/Hip-Hop Singles & Tracks chart (14 weeks), a record held for nearly eight years. She has achieved 13 number-one hits on Billboard’s Hot Dance Club Play chart. She is often cited as Canada’s top R&B artist.

In 1995, label executive Clive Davis signed Cox to Arista Records, and she released her self-titled debut album the same year. After middling success, Cox released a non-album single for the soundtrack to the 1997 movie Money Talks, titled “Things Just Ain’t The Same”. A dance mix of the song with a remix by Hex Hector topped the U.S. dance charts and was included on her second album, 1998’s One Wish.

The first single from that album, “Nobody’s Supposed to Be Here”, spent fourteen weeks at #1 on the Hot R&B charts in the USA, as well as eight consecutive weeks at #2 on the Billboard Hot 100. The album went platinum, becoming Cox’s biggest-selling album to date. Cox then recorded a new song, “Absolutely Not”, for the soundtrack to Dr. Dolittle 2. Remixes of the song repeated the success of One Wish’s singles on the dance charts, and the Hex Hector Chanel Mix of “Absolutely Not” was included on her third album. After One Wish, Cox appeared on the single “Same Script, Different Cast” by Whitney Houston from Whitney: The Greatest Hits.

Cox’s third album The Morning After was released in November 2002 on J Records.

On February 17, 2004, she made her Broadway debut in the Elton John-Tim Rice musical Aida, returning to recording only to release a dance remix of “Easy As Life” as a single.

Cox also has been involved in a number of movies and soundtracks. In 2000, she played Niko Rosen in Love Come Down. In 2001, her hit song “Absolutely Not” was featured in Dr. Dolittle 2. In 2005, in the movie Blood of a Champion she played the role of Sharon, and again in 2005, her voice was featured in the movie Hotel Rwanda in the song “Nobody Cares”.

To sustain demand for Cox’s club appearances, while focused on her family and new album projects, she released a dance single titled House Is Not a Home on Nervous Records in January 2006. Later in the year, the song “Definition of Love” was used in the movie Akeelah and the Bee, but was not released as a single.

Between 2005 and 2006 Deborah recorded her fourth album, called Destination Moon, arranged and produced by Rob Mounsey. It is a tribute to jazz singer Dinah Washington and was released on June 19, 2007.

Cox performed the Canadian national anthem at the 2008 NBA All-Star Game in New Orleans. She contributed the song “This Gift” to the soundtrack of the 2008 movie Meet the Browns and was part of Cyndi Lauper’s True Colors Tour 2008. Deborah has also starred in “A Good Man is Hard to Find” alongside Golden Brooks and Darius McCrary.

In early 2008, Cox & Stephens created the Deco Recording Group, her very own independent label, which is distributed through Image Entertainment. Soon she started recording songs for a new album.

Her fifth R&B studio album, The Promise, was released on November 11, 2008. The first single “Did You Ever Love Me” was released to radio on August 26, 2008 and peaked at #69 on the Hot R&B/Hip-Hop Songs Chart. The song “Beautiful U R” has been released digitally to iTunes and Amazon.com on September 16, 2008. It has recently reached #3 on the Canadian Radio Chart becoming her most successful single in nearly ten years. It also peaked at #3 on the Canadian Hot AC Chart (January 2009 Chart) and hit #1 on the US Dance chart becoming her tenth song to do it. Deborah has also appeared during her promotion for “The Promise” with interviews on Entertainment Tonight Canada, E-Talk, CHUM FM, Proud FM, various CBC radio shows, and over 70 interviews across the country. The video for “Beautiful U.R.” is directed by Lil X, and has been serviced on November 15, 2008. The song was certified gold for digital downloads in January, 2009. “Saying Goodbye” was sent to Urban/AC radios in February, while “The Promise” was scheduled to be released as a single in July. Cox joined forces with Kenny Lattimore for the “Timeless Promise Tour” in July 2009.

In April 2009, she was featured on the single “Leave The World Behind”. The house track was produced by four DJs — Axwell, Steve Angello, Sebastian Ingrosso and Laidback Luke. It peaked at #40 on the US Dance chart.