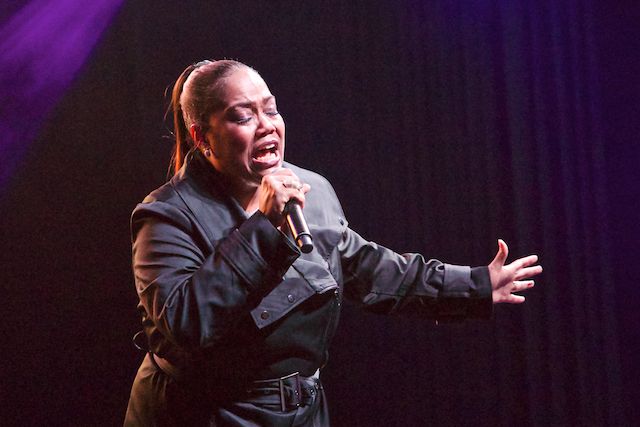 Nayobe is a U.S. singer of Afro-Cuban heritage and freestyle dance-pop musician. Her most successful singles are “Good Things Come to Those Who Wait”, “Second Chance for Love” and “It’s Too Late,” which reached positions # 15, # 30 and # 5 on the Billboard Hot Dance Club Songs.

In the early part of 1985 Nayobe became the first Latin American female to record a Freestyle song called “Please Don’t Go” which was produced by Andy Panda. Some music critics correctly declare her record the first song of the genre and of the whole Latin hip hop movement which later became known as Freestyle music. Nayobe’s other hits include “Guess I Fell In Love”, “Good Things Come to Those Who Wait,” “Second Chance For Love” and “Promise Me.” Her second album, Promise Me took her into a more Urban contemporary & New jack swing direction with production by Teddy Riley. Nayobe returned with fourth self-titled Salsa album in 1999. Nayobe continues to be active by touring and singing her hit songs with to adoring crowds.