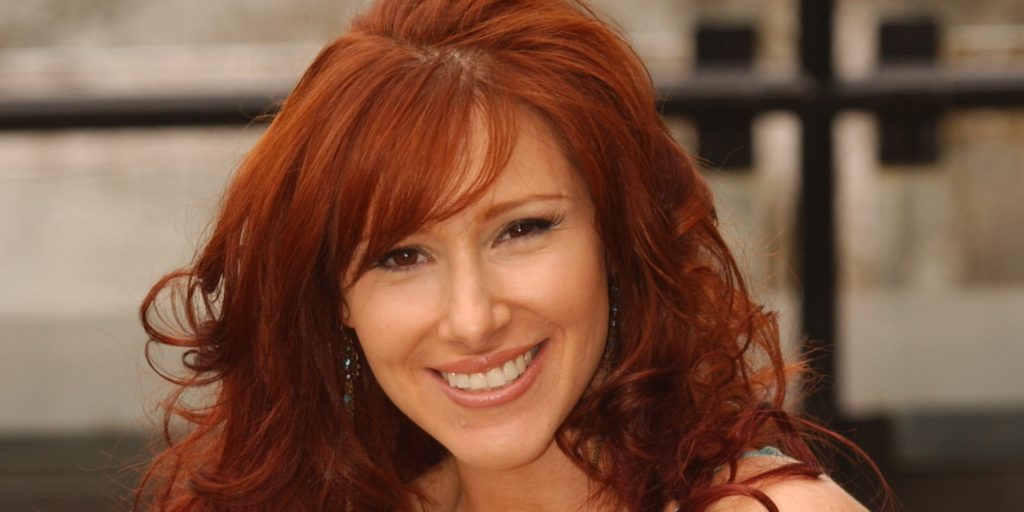 Tiffany Renee Darwish (born October 2, 1971), simply known by her stage name Tiffany, is an American singer, songwriter, actress, and former teen icon. She is most notable for her 1987 cover of “I Think We’re Alone Now”, a 1967 original recording by Tommy James and the Shondells. Released as the second single from her eponymous album, Tiffany, the song quickly became a teen anthem. Thanks to an original mall tour, “The Beautiful You: Celebrating The Good Life Shopping Mall Tour ’87”, Tiffany found commercial success; both the single and the album peaked at No. 1 on the Billboard Hot 100 and Billboard 200 charts, respectively. The singles “Could’ve Been” and “I Saw Him Standing There”, a cover version of The Beatles’ “I Saw Her Standing There”, followed soon after, with the former also claiming the No. 1 position on the Hot 100.

Although Tiffany’s second album, Hold an Old Friend’s Hand, managed to yield a top-10 single and chart in the upper register of the Billboard 200 in 1988, and ultimately became a platinum-selling album, it failed to replicate the success of her debut album. The 1990s had two additional releases, 1990’s New Inside and the Asia-exclusive Dreams Never Die, both of which failed to rekindle substantial interest. Tiffany returned in 2001 with her first album in six years, The Color of Silence. While the album received some minor critical success, it failed to achieve any significant standing. Since then, Tiffany recorded four additional full-length albums, including an album of 1980s cover songs, focusing on a variety of genres, including country and dance, and she continues to tour. Outside of music, Tiffany posed nude in Playboy and guest-starred in several television shows, including Celebrity Fit Club and Hulk Hogan’s Celebrity Championship Wrestling, and the movies Necrosis, Mega Piranha, and Mega Python vs. Gatoroid, the latter co-starring fellow 1980s teen idol and musical rival Debbie Gibson.

In 1985, she appeared on Star Search with Ed McMahon, where she finished in second place overall. In 1986, Tiffany signed a contract that gave Tobin total control over her career. She recorded her first studio album and was signed to an MCA contract. Tiffany’s album, Tiffany, was released in 1987, but the first single she released from it, titled “Danny”, failed to chart. Following the failure of “Danny”, Tobin sent Tiffany on a nationwide tour of shopping malls, titled The Beautiful You: Celebrating The Good Life Shopping Mall Tour ’87. The tour kicked off at the Bergen Mall in Paramus, New Jersey.[4] Her second single, a cover of Tommy James & the Shondells’ hit, “I Think We’re Alone Now”, became a number-one hit on the Billboard Hot 100 list, and as of March 2017, it remains her biggest hit.

Tiffany’s ballad “Could’ve Been” also peaked at the No. 1 spot on the Billboard charts in February 1988. Tiffany’s modified version of the Beatles’ “I Saw Her Standing There”, retitled “I Saw Him Standing There,” peaked at the No. 7 position on the Hot 100. “Feelings of Forever” also had chart success from the over 4.1 million selling debut. Tiffany also set a record for the youngest female artist to top the Billboard charts with a debut album. Later that year, Tiffany discovered New Kids on the Block and hired them as her opening act for her concert tour.

In 1988, at the peak of her popularity, Tiffany ended up in the middle of a conflict in which Tobin, then still her manager, was embroiled with her mother and her stepfather over control of her career and earnings. This led to a court fight which included an attempt by Tiffany to have herself declared an emancipated minor. This was rejected by the court; however, the judge did allow her to move out of her mother’s home due to obvious conflicts, and her grandmother (who supported and sided with Tiffany during the trial) became her temporary guardian. These legal battles took a toll on the singer’s career.

In late 1988, Tiffany released her second album, Hold an Old Friend’s Hand. The first single “All This Time” made the top 10. Hold an Old Friend’s Hand received positive reviews from critics, and immediately went platinum. Later that year, she provided the voice of Judy Jetson on Jetsons: The Movie, which was released in 1990. She also contributed three songs to the soundtrack, including the single “I Always Thought I’d See You Again”. Some controversy resulted from the fact that Janet Waldo, who had voiced the character in all previous Jetsons material, had had all of her recorded dialogue in the movie replaced by Tiffany’s voice. The replacement was made by Universal, due to Tiffany’s international worldwide stardom and household name recognition.