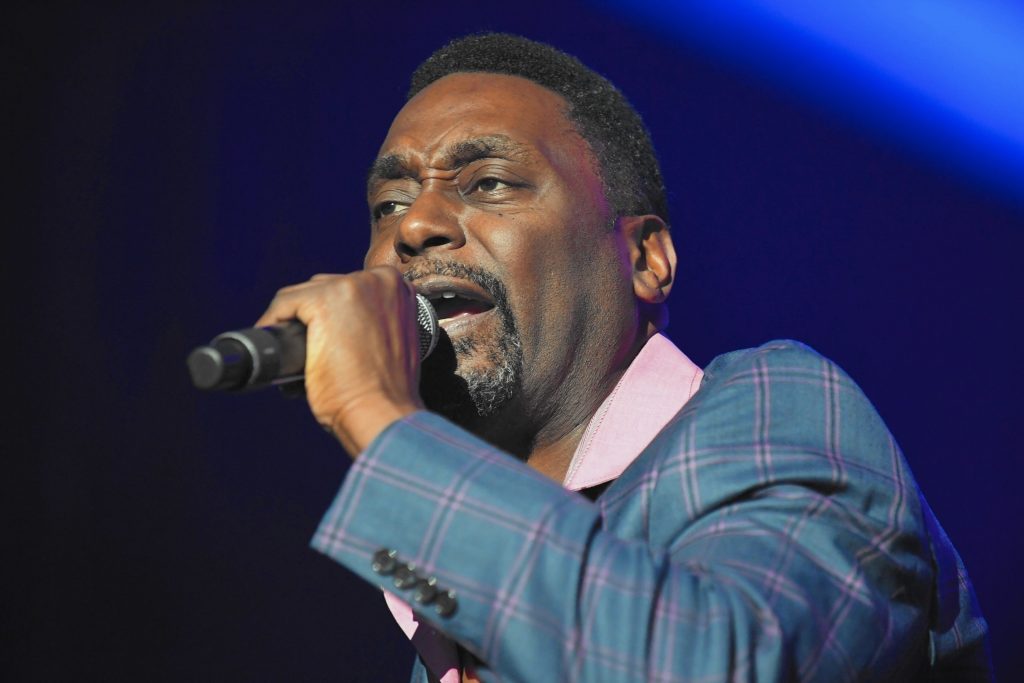 Big Daddy Kane is a Grammy Award-winning American rapper and actor who started his career in 1986 as a member of the rap collective the Juice Crew. He is widely considered to be one of the most influential and skilled MCs in hip hop. The name Big Daddy Kane came from a variation on Caine, David Carradine’s character from TV show Kung Fu and a character called “Big Daddy” Vincent Price played in the film Beach Party.

Rolling Stone magazine ranked his song “Ain’t No Half-Steppin'” #25 on its list of The 50 Greatest Hip-Hop Songs of All Time, calling him “a master wordsmith of rap’s late-golden age and a huge influence on a generation of MCs.”

Big Daddy Kane is regarded as one of the most influential and skilled golden age rappers. MTV put him at No. 7 in their Greatest MCs Of All Time list, he is placed at No.4 in Kool Moe Dee’s book There’s A God On The Mic: The True 50 Greatest MCs, About.com ranked him #3 on its list of the “Top 50 MCs of Our Time,” and RZA listed him as one of his Top 5 best MCs. In 2012, The Source ranked him #8 on their list of the Top 50 Lyricists of All Time. Allmusic says, “his best material ranks among the finest hip-hop of its era, and his sex-drenched persona was enormously influential on countless future would-be players”, and describes him as, “an enormously talented battle MC”, “one of rap’s major talents”, refers to his, “near-peerless technique” and “first-rate technique and rhyming skills” and says he “had the sheer verbal facility and razor-clean dexterity to ambush any MC and exhilarate anyone who witnessed or heard him perform”. Kool Moe Dee describes him as “one of the most imitated emcees ever in the game” and “one of the true greatest emcees ever”, and Ice-T says:

His first two albums are also considered Hip Hop classics and Rolling Stone says, “he has received consistent critical kudos”. In the book, Rap-Up: The Ultimate Guide To Hip-Hop And R&B, Cameron and Devin Lazerine say Big Daddy Kane is “widely seen as one of the best lyricists of his time and even today regularly gets name-checked by younger dudes”, and music journalist Peter Shapiro says Kane is “perhaps the most complete MC ever”. Eminem references Big Daddy Kane in the lyrics to his song ‘Yellow Brick Road’ from his Encore album, saying, “we (Eminem and Proof) was on the same shit, that Big Daddy Kane shit, where compound syllables sound combined” and he quotes the same lines in his book, The Way I Am – this illustrates how Big Daddy Kane had an influence on both Eminem’s and Proof’s rhyme technique.