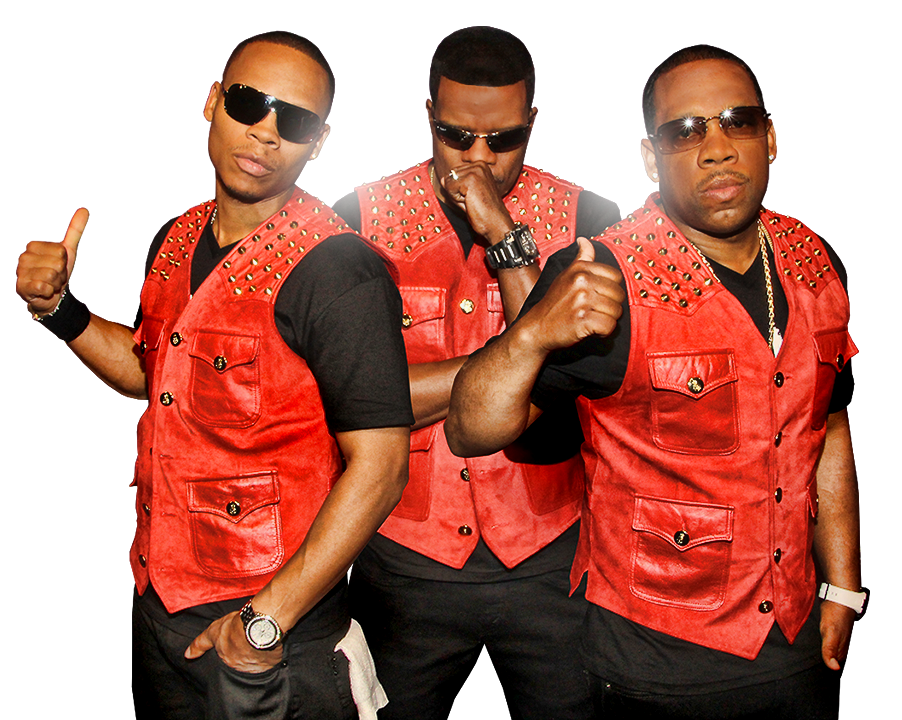 Bell Biv DeVoe, also known as BBD, is an American music group that branched off from New Edition. It consists of three members of New Edition: Ricky Bell, Michael Bivins, and Ronnie DeVoe.

Bell, Bivins, and DeVoe formed the group at the suggestion of producers Jimmy Jam & Terry Lewis. Upon accepting the idea, MCA records wrote down the name Bell Bivins DeVoe, but Bivins suggested they remove the ins from his name and just call the group Bell Biv DeVoe. With help from Public Enemy producers Eric Sadler, Hank and Keith Shocklee, and several others, Bell Biv Devoe released its debut album Poison in 1990, on MCA Records. The album was credited as pioneering the “new jack swing” sound of the early 1990s, combining hip-hop, funk, soul, and pop music. This fusion of styles helped to expose them to a fan base who prefer a harder edge sound. Poison reached number 1 on Billboard’s R&B/Hip-Hop chart, and its title track, along with its second single, “Do Me!”, both reached number 3 on Billboard’s Hot 100 chart. Shortly thereafter, Richard Wolf and Epic Mazur were responsible for the remix of “Do Me!” (which hit Number Six on the dance charts). Poison also spawned the singles “B.B.D. (I Thought It Was Me)?”, “When Will I See You Smile Again?” and “She’s Dope!” Poison sold over four million copies, and was followed up by a remix album titled WBBD-Bootcity.[5][6] Richard Wolf and Epic Mazur helped create BBD’s premiere album, blending rhythm, blues, pop, and rock, and Poison achieve triple Platinum success.

Bell Biv DeVoe went on to release Hootie Mack in 1993 on MCA Records, and the more hardcore rap/R&B influenced BBD in 2001 on Biv 10 Records. Neither album was as successful as Poison; however, Hootie Mack did reach Gold success. Despite the fact that their last album was released in 2001, the members of Bell Biv Devoe continue to perform together as a group. They also participated in several New Edition reunions, and continue to perform with them on tour as part of the group. On May 30, 2013, Bell Biv DeVoe performed their hit song “Poison” for Boston Strong, a benefit concert to raise money for victims of the Boston Marathon bombing.

In 2016, BBD released their first track in 15 years, “Run”, along with an accompanying music video. It was the first single off the album Three Stripes, which was released January 27, 2017.

In 1991, the group received the award for Best R&B/Urban Contemporary Album of the Year, Group, Band or Duo for Poison at the Soul Train Music Awards.

The group also received an American Music Award for Favorite Soul/R&B Band/Duo/Group in 1992.