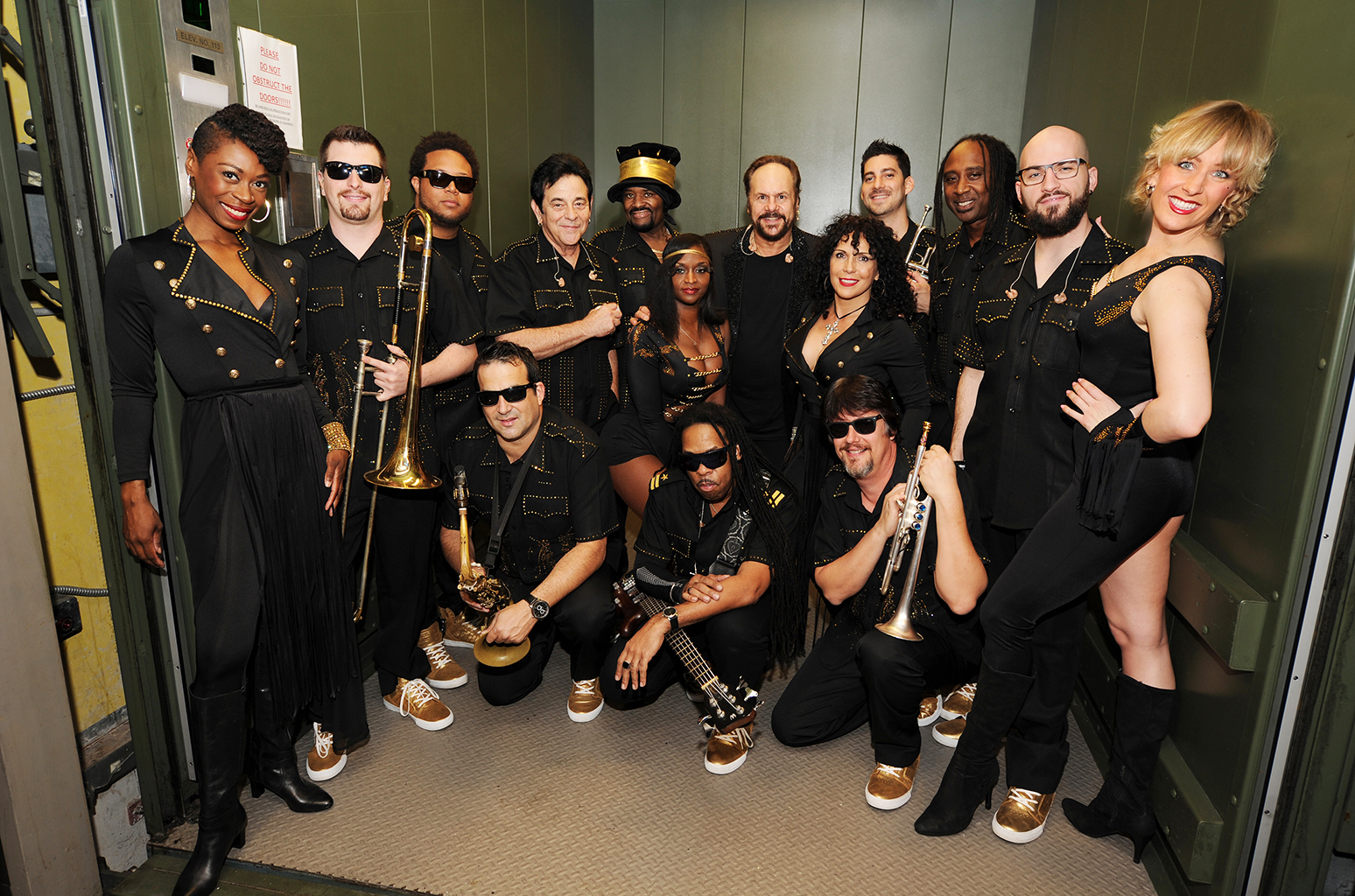 KC and the Sunshine Band are an American disco and funk band, founded in 1973 in Hialeah, Florida. Their best-known songs include the hits “That’s the Way (I Like It)”, “(Shake, Shake, Shake) Shake Your Booty”, “I’m Your Boogie Man”, “Keep It Comin’ Love”, “Get Down Tonight”, “Boogie Shoes”, “Please Don’t Go” and “Give It Up”. The band took its name from lead vocalist Harry Wayne Casey’s last name (“KC”) and the “Sunshine Band” from KC’s home state of Florida, the Sunshine State.

The band was formed in 1973 by Harry Wayne Casey (KC), a record store employee and part-timer at TK Records in Hialeah, Florida. KC originally called the band KC & The Sunshine Junkanoo Band, as he used studio musicians from TK and a local Junkanoo band called the Miami Junkanoo Band. He was then introduced to Richard Finch, who was doing engineering work on records for TK. This was the beginning of the Casey-Finch musical collaboration. The initial members were just Casey and Finch. Guitarist Jerome Smith (June 18, 1953 – July 28, 2000) and drummer Robert Johnson, both TK studio musicians, were added later.

The first few songs, “Blow Your Whistle” (September 1973) and “Sound Your Funky Horn” (February 1974), were released as singles, and did well enough on the U.S. R&B chart and overseas that TK wanted a follow-up single and album. However, while working on demos for KC & the Sunshine Band, the song “Rock Your Baby” (George McCrae) was created, featuring Smith on guitar, and became a number one hit in 51 countries in mid-1974. The band’s “Queen of Clubs”, which featured uncredited vocals by McCrae, was a hit in the UK, peaking at #7, and they went on a tour there in 1975.

With the release of the self-titled second album KC and the Sunshine Band in 1975 came the group’s first major U.S. hit with “Get Down Tonight”. It topped the R&B chart in April and hit number one on the Billboard Hot 100 in August. “That’s the Way (I Like It)” also became a number one hit in November 1975 and the group did well at the 1976 Grammy Awards. The 1976 album Part 3 yielded two number one singles: “I’m Your Boogie Man” and “(Shake, Shake, Shake) Shake Your Booty”. Another hit, “Keep It Comin’ Love”, peaked at number two. Their success lasted until the fifth album; their last chart topping hit was “Please Don’t Go” in December 1979, hitting number one for one week in January 1980, and becoming the first number one hit of the 1980s. With the explosion of new wave music and the declining popularity of disco, the group explored other styles and changed labels, joining Epic Records in 1980 after TK Records went bankrupt.